We need to move away from a narrow focus on treatment in order to end TB.

Despite TB being both a curable and treatable disease, millions of people are still dying from the disease every year. It’s time to revisit how we’re tackling this disease, and adopt a comprehensive approach to prevention, detection and treatment. 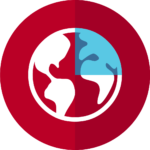 TB can lie dormant for decades before it strikes; almost a quarter of the globe – or 1.7 billion people – is affected by latent TB infection. People with latent TB infection have no symptoms, are not contagious and most of them don’t know they’re infected.

This population is at risk of developing TB disease at some point in their life. Without treatment, 5 to 10 percent of infected people—or between 85 to 170 million people—will develop TB disease.

Treatment for latent TB infection has been available since the 1960s, yet very few people who are eligible for TB preventive therapy are taking it. Current treatment options are long—with people required to take a pill daily for 6 to 36 months. Even among those who start treatment, many fail to complete the full course.

13%
Preventative Treatments in Children
40%
High Burden TB Countries using IPT
We use cookies on our website to give you the most relevant experience by remembering your preferences and repeat visits. By clicking “Accept All”, you consent to the use of ALL the cookies. However, you may visit "Cookie Settings" to provide a controlled consent.
Cookie SettingsAccept All
Manage consent